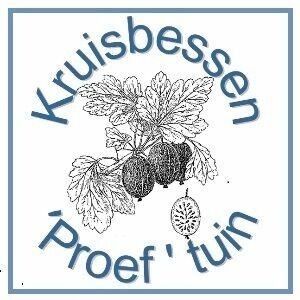 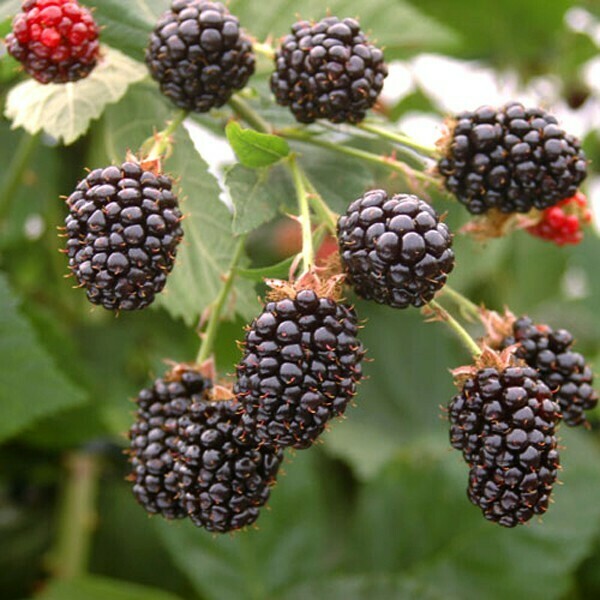 Reuben is a re-bearing blackberry variety similar to autumn raspberries that produces sweet, tasty black fruits that can weigh up to more than 10 grams.
Ripens in June-July on the old stems and in late August-October on the new stems.
Good grower that does not form lightly spiked stems that are too long.

Our experience: Blackberry with very tasty fruits, which can be very large on the new stems. The berries on the older stems remain a bit smaller but are equally tasty. Stalks are slightly spiny.
This blackberry variety was discovered in 2005 in Fayetteville, Arkansas (USA) and originated from a hand pollinated female mother blackberry bush 'A-2292T' and the male mother blackberry bush 'APF-44'. The seeds from this cross were shipped to Spalding (UK) in November 2005, where the seeds were grown. In the summer of 2006, the seeds were planted in the field and in late autumn 2006, a seedling named HPB3 ("Reuben") was selected for its fruiting on stems of the growing season, its size, high quality and high productivity.
The 'Reuben' variety was first propagated via root cuttings and was then propagated via root cuttings in Spalding in February 2009. Afterwards it was asexually reproduced for 2 generations via root cuttings and in-vitro propagation. The variety then proved to be stable and reproduces faithfully to type by successful asexual propagation via root cuttings.
Reuben' is a recent variety, botanically known as Rubus-subgenus Eubatus section Moriferi & Ursini.

Save this product for later
Display prices in: EUR